The Top Weekday Films at the Austin Film Festival

The weekend’s passed. But don’t put up your Austin Film Festival pass just yet; some more gems are still making appearances across Austin. In fact, if you don’t have a badge, it may be easier to get a ticket one of the following evenings than it was the last three days. Take a look at these options for a bit of mid-week fun.

It’s hard to pull off a based-on-a-true-story movie without making audience members mumble excuses and leave the theater. These films easily become cheesy, boring or melodramatic. But this year’s selections, including 127 Hours and Conviction, seem to do justice to their real life counterparts. Danny Boyle’s 127 Hours details the 127 hours mountain climber Aron Ralston spent with his arm pinioned under a boulder in Utah. Starring James Franco, this is not a popcorn film. Unless your stomach’s hardy enough to ingest a bag of cotton candy then go on a roller coaster without revolting, pass on the concessions.

A ballet story starring Natalie Portman, Darren Aronofsky’s Black Swan is bound to be at the very least visually titillating, and at the most a stellar representation of a competitive industry’s inner workings. Add a sprinkle of moralistic surrealism and you’ve got a recipe for a bestseller. The physical plot takes place in a New York City ballet company, but the real progression occurs in up-and-coming dancer Nina’s mind. Nina (Natalie Portman) wants the lead role in the company’s next production, “Swan Lake,” but that role requires her to be both the White Swan, innocent and sweet, and the Black Swan, sensual and clever. As Nina competes with a new ballerina, she slowly envelopes more of the Black Swan’s characteristics in her attempt to fit the role.

For a simple, fun, adventurous detour from the intensity of the other films, consider this sci-fi comedy. A Frankenstein of Tropic Thunder, Planet of the Apes and sketch comedy, Modern Imbecile’s Planet World tells the tale of two Hollywood actors marooned on a treacherous planet.

Bonus: A 2-minute animated short, “Stationary Guard Robot,” plays before the film. Director Randall Hopkins will be in attendance for a short Q&A.

Short Films
A few sets of short films will be shown over the next week, including animated, live action and documentary. The Hideout Theatre on South Congress will be showing shorts on Wednesday. The sets start a 5pm, 7:30pm and 9:30pm. A set of doc shorts will be playing Thursday at 9pm, also at the Hideout Theatre.

For a complete listing of the film schedule, check out the Austin Film Festival website: www.austinfilmfestival.com 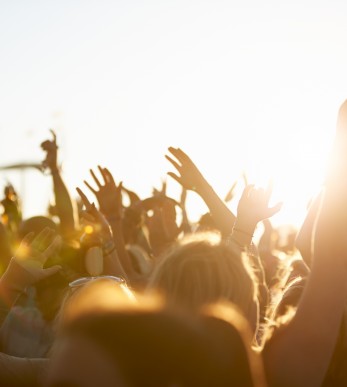