What Comic Books Teach You About Design

I can rant on forever about why comics are great. The combination of visual elements and text call to me. Plus, I am a sucker for a great hero. Better yet, a great villain.

In Scott Mcloud’s Understanding Comics, he defines comics as “Juxtaposed pictorial and other images in sequence, intended to convey information and/or to produce an aesthetic response from the viewer.”  As I read, a light bulb flashed on top of my head: comic book artists have similar goals as designers. We both use images and other pictorial elements to convey information. We both work to get specific responses from our viewer. I took some insight from this book and applied it to what I do as a Designer.

Both comics and design utilize iconography and a set visual vocabulary to communicate an idea. Keep in mind,words are abstract icons. Words represent an idea, not the physical representation of that idea.

Comic book artists use simplification to entice a response from their viewer. People respond to cartoon images versus realistic images through simplification. For example, smiley faces are so stripped down, anyone can identify with them.

“Comic book artists use simplification to entice a response from their viewer.”

To effectively communicate, iconography should remain simple. The more realistic an icon is, the less effective it will be. For instance, icons that include people with realistic features are not inclusive of everyone. A faceless and gender neutral icon can be you, me, or the next door neighbor. We can identify with these faceless icons. Work within a visual vocabulary of basic shapes to build simple but effective iconography.

Speak the user’s visual language: build on norms to communicate. For example, people associate a floppy disk icon with saving. I did not say all icons make sense, but, norms are exploitable. Expand your vocabulary by looking at icon libraries, observing everyday iconography like street signs, and studying typefaces.

To take this idea further, design the rules of your visual language. Use these parameters as a jumping off point and reference throughout the design process. Work within a set photo style and color scheme. Choose a concept to consistently convey throughout the piece. Set these parameters at the beginning of the process to build consistency. Never forget that the complication of a visual vocabulary takes away from ideas.

Closure is observing parts and perceiving them as a whole. Closure involves arranging elements so people can mentally connect the dots to complete your story. Both designs and comics need closure. Great designs and comics do this well.

When designing an interface, tell a story with a beginning middle and end.  Design elements to lead users through the story, similarly to comic book panels. The user is a participant who dissects what is on the page and creates a new reality from it.

Elements omitted from the comic, or design, are as much a part of the work as those included.

Japanese comics are known for using panels to build an atmosphere. The reader recognizes the reality through panels that move throughout the scene. Comparatively, western comics contain panels that are action based without depicting much atmosphere. Western comics do not wander much in terms of moving along the story.

Strike a balance by creating work that is both additive and subtractive. Add enough visual information to create atmosphere while subtracting enough to let ideas flow seamlessly. Use the additive information to amplify meaning without letting it become a distraction. Less is more with design and comics.

“Use additive information to amplify meaning…”

The next time you are busted for reading Batman at your desk, explain that you are learning about consistent visual vocabularies, providing closure, and creating additive and subtractive work. Think of yourself as a designer assigned to tell a brand’s story.  We are working towards similar goals as comic book artists. Designers can learn a lot from the comic book profession.

The Importance of Color Theory in Design 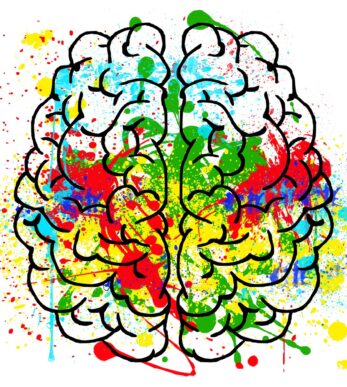 Why We Switched from Bascamp to activeCollab