Responsive Design: A Must

With the surge of mobile devices and the increase in their processing capability and screen resolution, they became a formidable outlet to display content to a ravenous crowd that would much rather be on their phone/tablet than on a desk somewhere.

Website owners, realizing the trend, have flocked to what was once known as “mobile versions” of one’s site. There was a version for the Android, one for the IPhone, one for the Blackbarry and so on. Because of varying screen sizes and resolutions, it was virtually impossible to create a “mobile version” of a website that would look good across all devices and operating systems, until now. I say now loosely, as responsive technology has been around for a little while…though for the first time, businesses are demanding and expecting that their website be completely responsive and seamless, regardless of which device or operating system is accessing it.

That’s good news for consumers, who would much rather browse the web on the go, which so characterizes our ever rushing culture. Responsive design has opened up a number of possibilities and given designers and developers the latitude to plan for multiple “break points” or “screen sizes”, catering to each individual’s device capabilities without missing a beat. The technology uses flexible grids for the design layout and CSS (cascading style sheets) media queries. By using this “responsive” coding technology, businesses are able to avoid the whole idea of creating different versions of the same site. It’s one site with various breakpoint views.

As the world became flooded with new devices being released almost daily, they each had their own set of specifications that made them unique from the next. Resolution, portrait, landscape, definition, color or functionality; together, they made it a logistical nightmare to manage. Research has shown that since 2005, however, screen sizes and resolutions can be grouped in about 8 segments. From 96X65 pixels to 800X480, and now, the expected high definition 1920X1080 is becoming the norm. The bottom end of screen resolutions is quickly fading, giving room to brighter, touch enabled, high resolution screens that often times delivers as many pixels as a full-size desktop screens.

Fahrenheit was an early adopter of responsive design technology being one of the very first in the Austin area, a city known for its tech savvy. The technology made sense for us from the moment it was made available. Building on the Twitter bootstrap foundation, we have created beautiful enterprise websites that deliver the most intuitive user experience, whether you’re viewing the site on your Android phone, tablet, IOS device or desktop.

With responsive websites, we are able to reach all users with one platform, minimizing maintenance while improving the user experience. Examples of responsive design on enterprise level sites can be seen in our portfolio. If you are interested in exploring the redesign of your corporate website and looking to employ responsive technology, be sure to give us a call. We are committed to blowing your mind with world-class design, search friendly code and unsurpassed usability. Call us today.

What Comic Books Teach You About Design 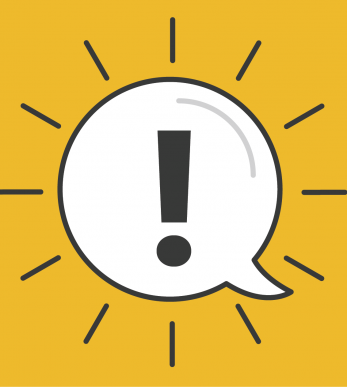